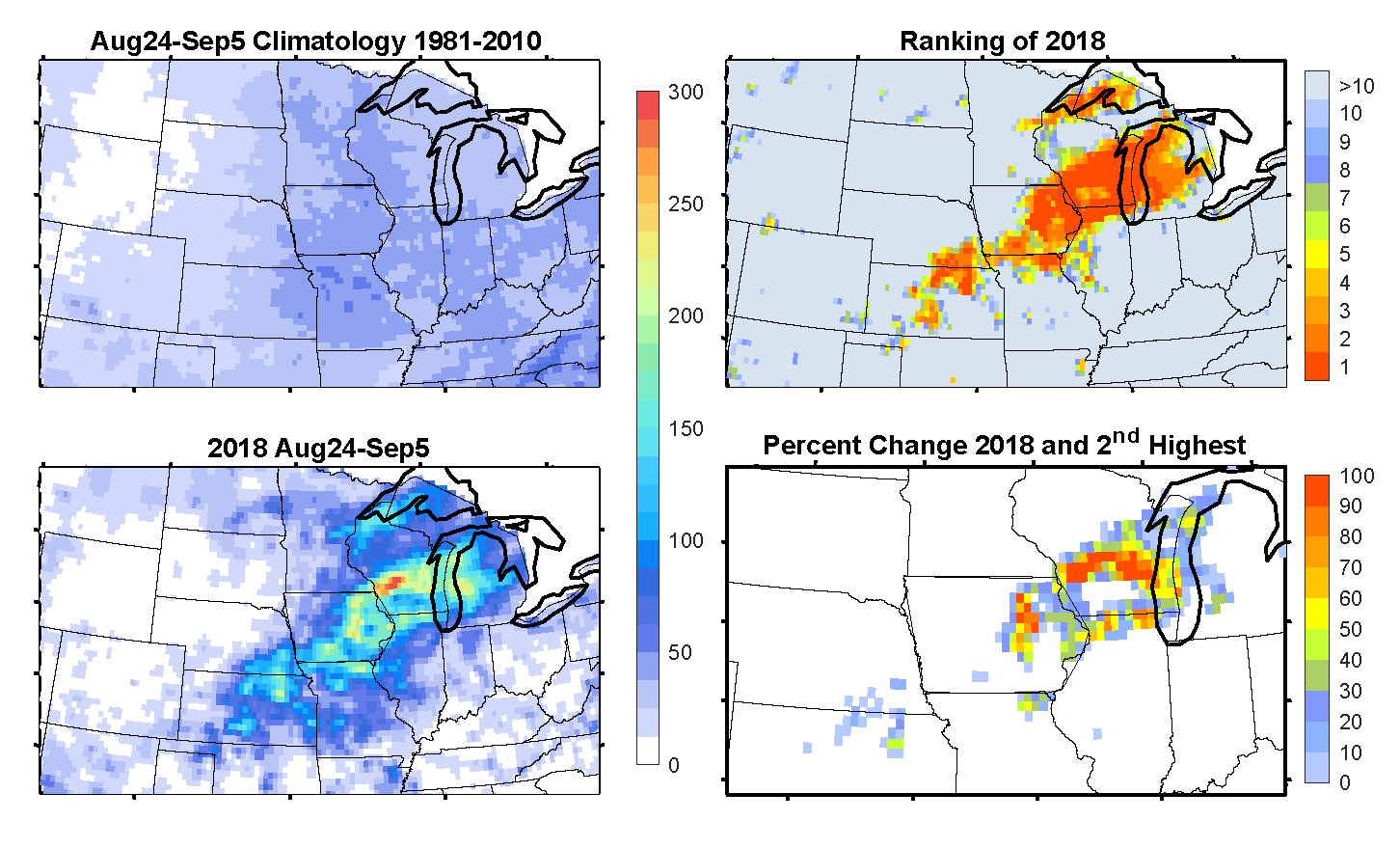 Villarini et al. used daily rainfall measurements from 447 rain gauges with a record of least 50 years throughout the central United States to examine the presence of changes in the frequency of heavy rainfall, which they defined as days exceeding the 95th percentile of the at-site rainfall distribution. The observational records covered at least the second half of the 20th century and the first decade of the 21st century, providing information about the most recent changes in heavy rainfall events over this area. They found a generally increasing trend in the northern part of the study region (roughly the Upper Mississippi River basin).

“We tried to explain these results and the differences between the northern and southern parts of the study region in light of changes in temperature,” Villarini says. “We found that the northern region is experiencing large increasing trends in temperature, resulting in an increase in atmospheric water vapor. Therefore, there is more water vapor available for precipitation.” In addition to increasing temperatures, they also indicated the increased irrigation over the Ogallala Aquifer, which likely resulted in an increase in water vapor in the area.