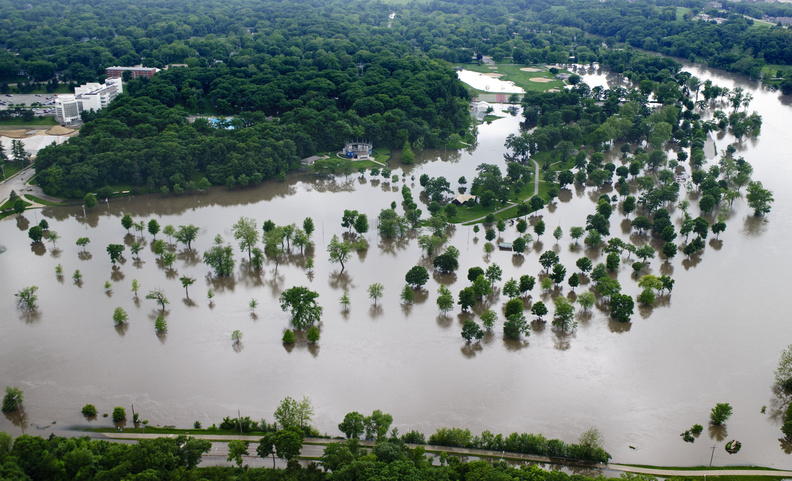 City Park, just north of the University of Iowa campus in Iowa City, has seen a lot of floodwaters go by. Recently City Park was the site of a different kind of flood event — a press conference featuring U.S. Representative Dave Loebsack of Iowa’s second district, discussing his proposed legislation to create a national flood center.

On August 6, Loebsack stood on the banks of the Iowa River near the UI’s Beckwith Boathouse and explained his plan for the national flood center, and his desire to be proactive in the face of future flooding. “I think there’s a lot more seriousness of purpose about doing what we can to make sure that we understand why floods occur, to make sure that we have the kind of recovery that we need from floods and to make sure we do what we can to prevent floods in the future,” Loebsack said (quoted in the Iowa City Press-Citizen). 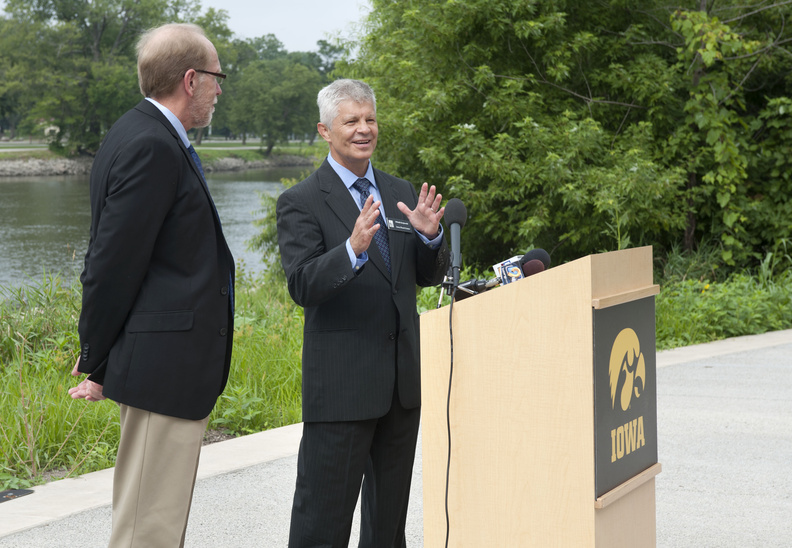 Loebsack’s legislation, the National Flood Research and Education Act, would bring together the resources of federal and state agencies with the expertise of academic experts, such as those at the Iowa Flood Center. The proposed $10M initial appropriation for the center would continue for at least five years. Loebsack submitted similar legislation two years ago, which failed to pass. Since then, however, Superstorm Sandy has wrought havoc on the East Coast and numerous floods have occurred around the country, costing billions of dollars and taking more lives than any other type of natural disaster. Loebsack says he hopes his proposal will find a more receptive audience this time.

Loebsack was joined at the news conference by Witold Krajewski, director of the Iowa Flood Center, as well as state senators Bob Dvorsky and Joe Bolkcom, and Johnson County Supervisor Terrence Neuzil.

Speaking at the news conference, Krajewski said that an academically-based center can bring flexibility and creativity in response to complex problems such as flooding. “The center would bring together ideas and solutions from many disciplines and accelerate the process of building resilient communities,” Krajewski said in a Cedar Rapids Gazette story. The proposed national flood center would bring together agencies such as the National Oceanic and Atmospheric Administration (NOAA), the Federal Emergency Management Agency (FEMA), and the National Weather Service. Academics and scientists from around the country would also collaborate on research at the new center. 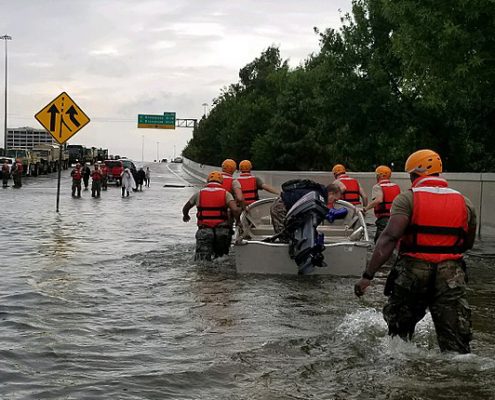