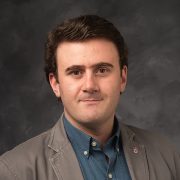 The city of Trabzon is one of the rainiest places in Turkey, so it’s no surprise that Enes Yildirim has always wondered about where water goes after a rainstorm. Yildirim grew up in Trabzon and completed one semester of graduate school at the local Karadeniz Technical University before he was granted a government scholarship to study in the United States.

Yildirim is now a third-year PhD student in the Hydraulics and Water Resources Program at the University of Iowa and Iowa Flood Center (IFC). He chose to study hydroinformatics after attending a talk by a speaker from the Danish Hydraulic Institute who spoke about the damage flooding causes to communities worldwide.

“I found Iowa and also Dr. [Ibrahim] Demir, who is my advisor. His work is really impressive,” Yildirim says. 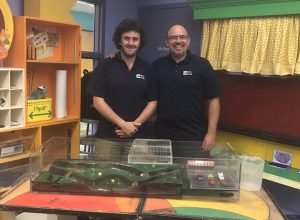 Damage estimates are useful for citizens and the broader community alike. They allow people to prepare for the worst, but they also allow the city to allocate resources to more vulnerable areas. The estimates can also provide information to help officials protect more susceptible areas with flood control measures.

Yildirim also produces cost-benefit analyses to show which properties can be saved from floods and where to place new levees.

After completing his PhD studies, Yildirim plans to continue his work in academia, possibly as a post-doctoral researcher, then as an assistant professor. Outside of school and work, Yildirim says he likes to spend time with his 9-month-old daughter. He also plays in a soccer league with some coworkers and other University of Iowa staff members.