State legislators approved a bill Saturday evening that includes $1.3 million for an Iowa Flood Center at the University of Iowa.

The bill passed in the Senate on Saturday night in a 31 to 18 vote.

Larry Weber, director of the UI hydrological lab known as IIHR and co-creator of the flood center proposal, said the goal of the center is to develop physically based numerical models that will improve flood forecasting and mitigation understanding in the basin.

Weber co-wrote the proposal with Witold Krajewski, who will be one of the lead faculty members of the center, Weber said.

Much of the work they do now is funded though small grants received through the National Science Foundation, Weber said. NSF funding generally goes for fundamental science, with less focus toward application, he said.

The state funding the center will receive will allow for work that focuses specifically on applications for Iowa, Weber said.

Bolkcom said he thinks the center will “capitalize on the expertise we have at the University of Iowa” while also providing the resources to hopefully avoid another round of devastating damage and huge public costs to rebuild.

“This is a really good thing,” Bolkcom said.

He said leaders also have applied to try and secure funding to make the University of Iowa center one of several national flood centers. State support was an important factor for this national application, Bolkcom said.

Weber said the center would work to create tangible products, such as flood inundation maps that could be available through Google Earth. These maps would show how the different river levels affect neighborhoods and homes, he said.

Much of the money would come from a special account that is called the Rebuild Iowa Infrastructure Fund that lawmakers set up in 1995. 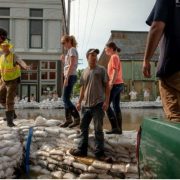 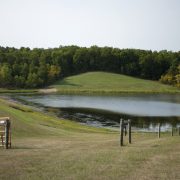 How do we live with the new reality of flooding in Iowa?

In the Midwest, Relentless Floods Dredge Up ‘Shadow’ of 1993
Flood Center Can Help Us Learn, Recover
Scroll to top