Pinning Down the Future

All-American wrestler and full-time PhD student Kaleb Young is a busy man, especially between November and March of each year. Recruited for wrestling, Young knew what his extracurricular life looked like long before he decided on his academic focus. 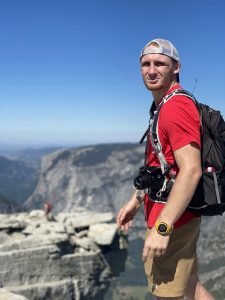 “I love the outdoors. My summers are spent hiking and mountain biking,” Young says, “so I wanted to pursue something that I could see myself doing for the rest of my life.”

Over the summers, Young likes to spend time outdoors, often hiking with his wife through national parks. When he can, he likes to hunt, bike, or take his dog on hikes around Iowa. His enthusiasm for the outdoors led him to IIHR—Hydroscience and Engineering and the Iowa Flood Center, where he recently completed his master’s degree in environmental engineering and is staying on to pursue his PhD.

Now, Young runs The Hydrologic Engineering Center’s River Analysis System (HEC-RAS) modeling for a community in southwest Iowa called Riverton. Young’s research focus is on a section of Riverton Road, which runs near the confluence of the East and West Nishnabotna Rivers and is frequently flooded. 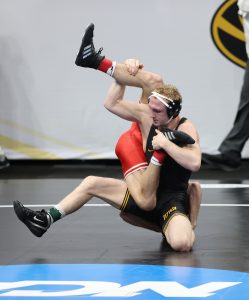 The banks of the East and West Nishnabotna Rivers often overtop, sending water over Riverton Road. Dangerous water levels have completely inundated the area at least 20 times over the last decade. Floods covering roadways are often the cause of flood-related deaths, and Riverton is no exception. A recent death on Riverton Road underlines the importance of Young’s work.

Since joining IIHR and IFC, Young found he enjoys the ecology side of his studies, particularly research on salmon and their habitats. He hopes to use that passion toward a career in the Pacific Northwest or Alaska where salmon are facing dangerous population declines.

All of that, however, will have to wait until after wrestling. Iowa City offers a unique opportunity to the wrestling community to continue competing at an international level beyond college with the Hawkeye Wrestling Club. Young plans to wrestle with the Club for a while after graduation. 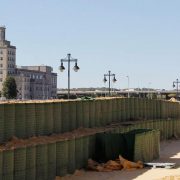 What Are the Models Predicting for Climate Change?
Scroll to top