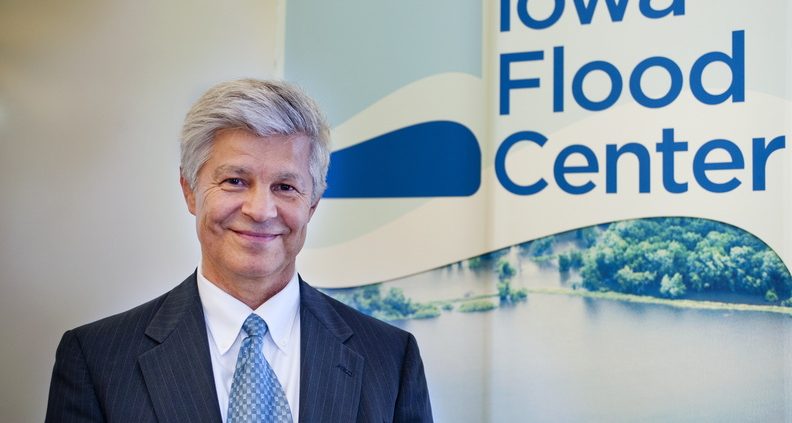 Congratulations to Iowa Flood Center Director Witold Krajewski on being selected to receive the 2021 Tadeusz Sendzimir Applied Sciences Award, presented by the Polish Institute of Arts and Sciences of America (PIASA) for his outstanding contributions to the field of flood research, particularly flood prediction and flood risk reduction! Krajewski is also the Rose and Joseph Summers Chair in Water Research Engineering in the Department of Civil and Environmental Engineering at the University of Iowa, as well as a research engineer at IIHR—Hydroscience and Engineering (IIHR) and director of the Iowa Flood Center. The Sendzimir Award comes with a certificate and monetary prize of $1,000.

Krajewski, who was born, raised, and educated in Poland, says this honor is particularly significant to him. “It has a great deal of sentimental value,” he explains. His late parents were both academics in Poland; his mother was director of the University of Warsaw Library, and his father was a professor of water resources engineering, and later a visitor at the IIHR. Krajewski believes they would be especially proud of this recognition.

The PIASA awards form a bridge between the United States and Polish culture, education, and science. Inaugurated in 1995, they honor distinguished scholars and scientists for their achievements. The awards are given across a broad swath of academic work, including the fields of history, sociology, natural science, applied sciences, and humanities. The awardees are among the most distinguished in their fields.

“I’m happy to be in that company,” Krajewski says.

Climate change, predicting floods and the impact on people